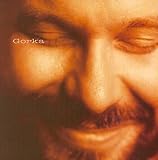 After Yesterday album at Amazon.com
John Gorka's, "Look the Other Way"
The Lyrics:
We have so much in common, so much that should unite us
But every time we look up, there's somebody new to divide us
Separate and conquer, all for the touch of Midas
And it's a lonely rancor, pour on the fuel to incite us
Who They Mention:
mythological King Midas
Submitted by: Tania WYEP
John Gorka's, "Oh Abraham"
The Lyrics:
I was born by a Kerouac stream
Under Eisenhower skies
They saw freedom as a big idea
Now it was right before my eyes

They said Jack helped to build the Pentagon
And Ike built the Interstate that we are off and on
...
I see a penny and I pick it up
99 more and I have a buck
Abe you were born in old Kentuck'
But we still miss you here
Who They Mention:
Jack Kerouac
President Eisenhower
President Jack Kennedy
President Abraham Lincoln
Submitted by: Tania WYEP
John Gorka's, "Old Future"
The Lyrics:
Fear took down the winged life
The winged life we've led
So kiss the joy as it goes by
The poet William said
Blake the poet said
Who They Mention:
Poet William Blake
Submitted by: Tania WYEP
John Gorka's, "Wisheries"
The Lyrics:
I met Clint and he made my day
Tarred and feathered in La Brea
What a pit, what a pit
...
While they fish out the fisheries
I miss the missing and the mysteries
I broke a dish signed by Cyd Charisse
I pay and pay
Who They Mention:
Clint Eastwood
acress/dancer Cyd Charisse
Submitted by: Tania WYEP