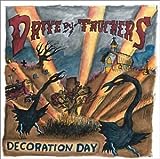 Who They Mention:
Faye Dunaway and Ali McGraw - actresses Steve McQueen was romantically involved with
Submitted by: Adrian Smith
Drive By Truckers', "Steve McQueen"
The Lyrics:
Steve McQueen, Steve McQueen
When I was a little boy I wanted to grow up to be