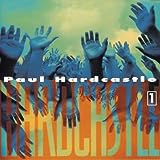 Why:
In 1985, "19" was a surprise top ten hit, and dance hit at that for artist Paul Hardcastle. A stinging post indictment on the Vietnam War and the fact that the average age of the soldiers/men who were killed were only 19 years old (at the time of that War not old enough to vote, at least not until 1971 when the voting age was lowered to 18 years old). Most of the record is Paul Hardcastle doing a voice over as a TV or radio announcer announcing the "news" about Vietnam with some ladies singing the extended "19" line. Besides the shoutout to the country of Vietnam is a rare shoutout to two places that would have been identified on a map of the 1960's and early 1970's, but don't exist (or with the one not with the name it had at that time). One of the places is the country of South Vietnam and the other is the city of Saigon which is now named, Ho Chi Minh City.
Submitted by: Peter