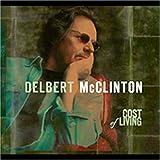 Cost of Living album at Amazon.com
Delbert McClinton's, "Lone Star Blues"
The Lyrics:
At a truck stop in San Angelo
I saw a billboard 'bout this rodeo
Last weekend out in El Paso
So I signed up to ride
...
Got laid off at Brown & Root
Then on my way back to Cut and Shoot
Lost my wristwatch and my boots
Shootin' dice with a dude from Houston
Why:
All cities in Texas: San Angelo, El Paso and Houston
Submitted by: Tania WYEP
Delbert McClinton's, "New York City"
The Lyrics:
I was leavin' California in a Chevrolet van
Out across the desert into no-man's land
I just love the West, ya know it sure is pretty
But I gotta have me some of that New York City
Why:
California
New York City
Submitted by: Tania WYEP