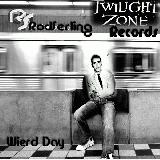 "Doesn't Matter" Length: 2:47
"Doesn't Matter" is track #13 on the album, "Turn On the Lights" (2012). It was one of only two shortest songs on that album, the other being is "Birthday Suits". Remember that he was more known for his power ballad, "Bad Day", featured on the album, "DP", which was reaching #1 on Billboard's Pop Chart.
Submitted by: Wisnu Aji