Syllable-matched as much as possible to these OS lyrics. Song's change in mood corresponds to the public's change in mood as per polls cited.
Ain't it good
Beat the Right
So we are with You
Dearest Light
The news is playin'
Pelosi's sayin's and Thine
(Enshrine your line, so fine)

Class me, you
By race and gender
"Lord's" appeal: Indis-creet big spender
Dutiful: your regime, we hold divine

Mmm
B'rack me gently
B'rack is holy
Tax us, sleazy
Take our dough
'Cause we have never been B'racked like this before

Stick it gently
Stick it slowly
Seems so easy
Don't you know
That socialism has never worked before?

Compan-ies close
Ain't ours no more
You print fake money
And take them o'er
Rules are made: decree, by the Czars above

Oooh
Crock me gently
Flock me slowly
Feeling queasy
Long ago:
The Constitution's been something to ignore

And maybe, maybe
Doctors, dentists
Rendered lowly
B'rack will squeeze thee [2]
'Cause he "knows"
Though he has never been to Med School before

B'rack intently
Rules us wholly
Power, seize he
Don't you know ---
That for forever, we're in debt evermore


[1] The Soviet Union was far richer in valuable natural resources than the United States; specifically oil, gold, diamonds, and platinum, and was more than twice as large, with huge areas of arable land, yet the 1970 per-capita gross domestic product of the US of about $5,115 was almost triple that of the USSR's $1,800.00. And despite being one of the world's largest producers of wheat, inefficient distribution systems and zero-incentive farmers at times forced it to import wheat from Canada. (The US wisely refused to help the Kremlin deceive its people as to the disastrous results of its system.)

[2] In a Town Hall video clip shown on last week's Daily Show, it went something like this:

Q: "You say that this is not a Government takeover of health care. But how can a private company compete against the Government?"

obamA: (pauses condensed) "Well, they can... you have, say, FedEx™ and UPS™, and they're both doing very well. It's uh, .. the Post Office that has all the problems."

Eggs-ACT-ly! Thank you for making our point for us, Mr. President. (The one time I won't argue with the Pres.)

[3] Since his inauguration, Obama's approval rating has fallen at a rather steady pace, and his disapproval rating has climbed at a more dramatic pace. (See outro for references.) For example, the Rasmussen poll shows approval dropping from 65% to 48% (now a minority), a 26% drop in only seven months; and disapproval rising from 30% to 52% (a majority), an increase of 73% in number of persons disapproving. [5] For those with "strong feelings", Rasmussen shows 31% strongly approve; 40% strongly disapprove, giving the Pres a "Presidential Approval Index", in their terms, of -9%, a reversal from his +12% rating at inauguration.

Gallup is "slightly" more favorable to the President, with a 50-49% approve/disapprove (meaningless, as well within the margin of error), but is more dramatic in the growth of disapproval, showing the percentage who disapprove more than *tripling* - up 3.5x, actually.

Pollster.com also shows the Pres barely hanging on to an approval majority (50.7% as submitted Tuesday) , but with the disapproval rating doubling. Far be it from TT to commit "extrapolation error", but if the disapproval continues to double every seven months, by April 2011, 360% of the public will disapprove. :)

[4] As of the second this was written, each US citizen's share of the national debt was slightly over $38,000.00, and growing at the rate of over $12 per day = $4,380 per year. Many previous administrations and Congresses have contributed to this disaster since the creation of the money-printing Federal Reserve Board by Democratic President Woodrow Wilson in 1913, but the President proposes to increase it drastically. Isn't it nice to know that your newborn baby is already deeply in debt -- bankrupt, in fact -- and that the President intends for her burden to grow much more rapidly?

"...the debt doubled during the George W. Bush presidency, and is projected to double again under the Obama presidency...."
So, *Obama* is Bush's third term? Who knew?!

"... to nearly 100% of GDP by 2010 and remain at that level thereafter."
In other words, under Obama, our national debt will be equal to our entire national annual production (income), and stay that way forever. Now, *that* is a change you can believe in.

[5a] Double in six years = compounded annual growth rate of about 12.25%, which in eight years compounds to about 252 % of the base figure. So 10 trillion dollars of debt becomes 25.2 trillion. Yippee.


A SPECIAL MESSAGE TO OUR FRIENDS ON THE LEFT:

For those on the Left, the footnotes above consist of what are known to the rest of the world as "facts". They are what reasonable people use for debate instead of name-calling. Just thought you'd like to know.

(The economic data weren't sourced to avoid increasing the burdensome fooTTnotes. 'Sides, no one reads them anyway. Did you know that Obama's birth certificate proves that he's actually a Martian? You can search the data easily enough, should you doubt *them*. (tuvm, fg ;)

Once again, TT amazes... a ball-istic, cuffs-n-fistic, statististic, fact-not-fict-stic in-your-face slam dunk. Nothin' but net-- as opposed to America, which will apparently net nothin' over the next several years... :D
Tommy Turtle - August 19, 2009 - Report this comment
Andria: Thanks for v, c, and f (wading through all the footnotes)!

Guy: Thanks for v/c, as always, but aren't Vulcans supposed to be governed strictly by logic? ... And if O gets his way, I don't think that "Live Long" is gonna happen :) Thanks for the v/c, friend.

TJC: Of all of the marvelous wit in that comment, I liked the ending the best! Thanks for v and wonderful-as-always c!

Only point at which I beg respectfully to disagree: We will not "net nothin"; as per the footnotes, we will actually have a substantial negative net - in more ways than just fiscally. (Maybe O's background in basketball led him to believe that that thing under the hoop is supposed to be our "net worth"?) ... Thanks for characteristic artistic, linguistic, sophistic, logistic, aphoristic comment!
Guy - August 19, 2009 - Report this comment
Tomasito - I inferred that "O" only looked like a Vulcan. I should have been more plain about that. I said he behaved like a Ferengi. You know, Ferengi with all their rules of acquisition, lust for power and greed for gold pressed latinum - Big difference - besides Martians are litttle dingbats like "Marty" on Bugs Bunny.
Christie Marie M - August 19, 2009 - Report this comment
Great use of OS and you brought a rather interesting current events in your parody as always, TT! Interesting use of economic factors as well. I happened to read the Rasmussen and Gallup reports as well. Gallup is more clearer to me, in my opinion. Shocking to find the approval rating results. If I were back in Econ class in college, the professor would definitely give a lecture about this issue! Thanks for your informative footnotes like always. 5's! Security code: GDP!
Mark Scotti - August 19, 2009 - Report this comment
Brilliant Barakabash, as always, TT!!! Scary times call for parody rhymes!! I did another Obamanation the other day in: http://www.amiright.com/parody/70s/elmopatsy12.shtml
Tommy Turtle - August 20, 2009 - Report this comment
Guy: I have to admit to being a complete and utter non-Trekkie, and non-sci-fi-er altogether (which unfortunately hurts a lot of, e. g., TJC's, parodies for me). No idea what a Ferengi is -- thought it was an Italian sports car :) Sorry for my ignorance.

Christie Marie M: An Econ student? Boola, boola! :) Thanks for v/c, and LOL at the code!

Mark Scotti: Nice genre term you coined there! Obamabash? Obashama? Yours sort of rolls off the tongue, and is vaguely reminiscent of "Rock of Ages". ("B'rack of Rages"? The Town Hall meetings? My schedule's full -- go for it!) If it weren't already 4am on Thurs, would read yours; will try to remember after getting some shut-eye. Thanks for v/c as always, Mark!
Guy - August 20, 2009 - Report this comment
TT - The Ferengi are the capitalist pigs of the galaxy They lust for power and have a need for greed. I know I said the "C" word but in the same light it is the way they try to take advantage of anything and everything to gain power and prestige, so in that light it makes them akin in nature. I just hope (shutter) that he doesn't turn Borg on us.

The address of this page is: http://www.amiright.com/parody/70s/andykim1.shtml For help, see the examples of how to link to this page. 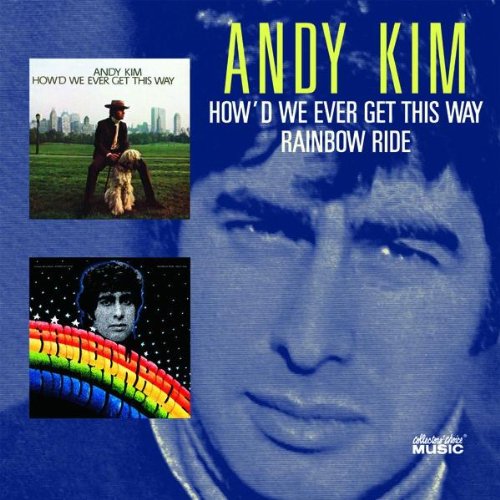 How'd We Ever Get This Way/Rainbow Ride 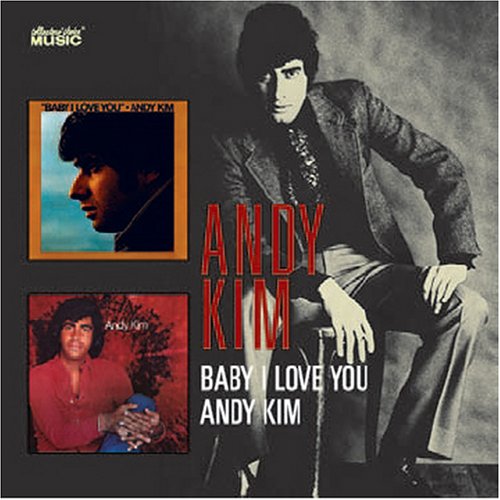