Well, the cluster@#$% that was the 2008 Presidential primary season is finally OVER! We have an old white GOPer and a young semi-Afro DNCer. There will be several other parodies about the battle ahead between now and November 4. So...I'll start with this one. Share and Enjoy!
I-I-I-I-I-It's no-o-o-o-o-ot...
Easy picking in this election
Choosing McCain or Obama
Makes me wanna cry for momma

Man, I can't believe this selection
Thought Kerry and Bush was awful
These two just can't help but waffle

I just cannot remember
Me fearing a November
Who gets to squander the view
They get from Penn. Avenue?

I can't decide
Which of these two should abide
Over our so-called "great nation"
Please help me choose the right guy
No wonder why
My stomach churns inside
My eyes are wet; my brain is fried
Pull the lever while I chide
This country's gonna slide

Barack seems a fresh, new face this time
But just how can he command us?
His preacher said God has damned us

Democrats are collapsing
Republicans relapsing
Can no one else defeat 'em?
Where's Perot when we need 'im?!

I can't decide
Which of these two should reside
In our nation's highest office
Oval so they cannot hide
No wonder why
I'd take some other side:
Ron Paul, Thompson, Bonnie, Clyde
Put those "hanging chads" aside;
It's chaos bonafide!

Will they bring our brave troops all back
Or keep them entrenched in Iraq?
Man, what a most painful election it's become
And will they get us out of debt
Or will they dig us deeper yet?
It's 3 a.m.; who can sleep?!
That's why...

I can't decide
Which of them should get the ride
Oh, forget about Ralph Nader;
He's unsafe on any side
No wonder why
My confidence's denied
Can't do nothing else but sigh
Send the nukes out worldwide;
We might as well all die!
For those of you who DKTOS, there is a YouTube video with the song here. It's based on the "Doctor Who" ep where the song gained the most popularity from. (Oh, BTW, Ross Perot was an independant candidate with a lot of clout in the '92 election.)
Previous Parody Added to the Site | Next Parody Added to the Site

Kristof Robertson - June 18, 2008 - Report this comment
I can't believe I'm the first voter here! Must be the DKTOS factor. Cleverly written, intelligent, non-partisan and still quite funny. Well done, Chris! 555+
Christie Marie M - November 03, 2008 - Report this comment
Here's a vote of 3 unanimous 5's from me, Chris! Up to now there are people I know who are undecided. As a matter of fact, I'm one of the few. Once again, your election parodies take the cake, but I can't get enough of your "Election Avenue" parody. You sure know what you're talking about!

The address of this page is: http://www.amiright.com/parody/2000s/scissorsisters5.shtml For help, see the examples of how to link to this page. 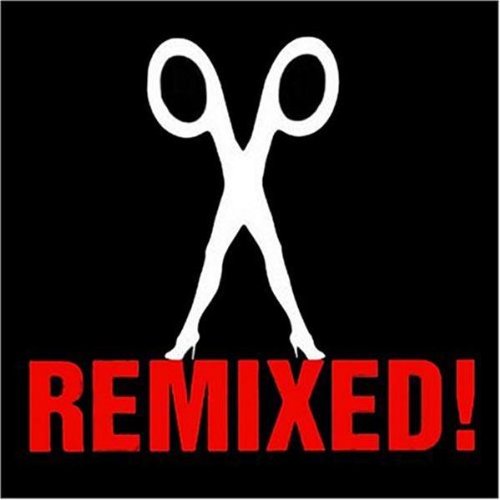