**Boo is a character from the Mushroom Kingdom (Nintendo games largely oriented around Mario) Boo is a wide variety of ghosts who usually play as a bad guy, but a playful one. Boo has appeared as a neutral character however, and even a playable one in several games, which I make reference too in the song. If you are not familiar with Nintendo or Mario the song may be hard to understand--if you followed Nintendo big time for a long period of time--then most of the references will likely be obvious.

Akira Yamaoka is a video game musician, but he's actually entertaining, this particular song was from Silent Hill 4 and was introduced to me through Karaoke Revolution Volume 3, I think you should check him out if you are looking for something new and unique, I enjoy his music. Original Song
They got Luigi scared
Their house is kinda scary
One said that ghosts don't die, and it laughed at me

and one's playing tennis too
Even Go-Karts they're haunting
I need E. Gadd's ghost vacuum
but the task is rather daunting

I'm scared
I'm hunting down boos
They hide too
A whole lot, A whole lot of boos
Hope I catch them soon
Scary Boos
Scary Boos
This has been a Below Average Dave Production, All Rights Reserved

The address of this page is: http://www.amiright.com/parody/2000s/akirayamaoka0.shtml For help, see the examples of how to link to this page. 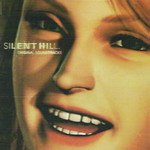