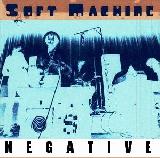 There are additional Soft Machine Combined Groups that haven't been done yet available.

"Box 25/4 Lid" Length: 0:48
Final track on the Soft Machine's debut album. I actually knew a local band who had this in their repertoire in 1969!
Submitted by: MikeM