The first image on the page is for White Stripes - You Don't Know What Love Is (You Just Do What You're Told) [Vinyl], followed by the original. Also check out the most recent parody covers submitted to the site. 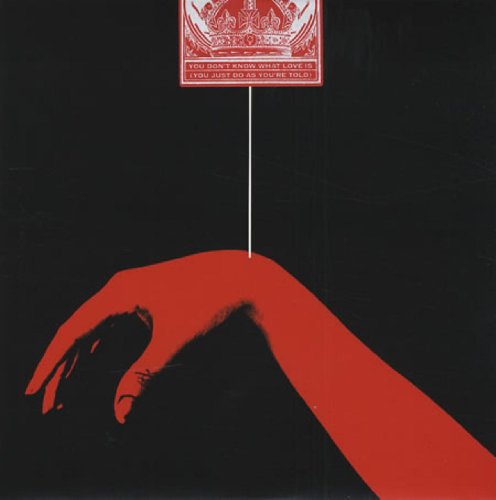 Comments: My interpretation of this cover derives from the punchline to a Russian joke about Vladimir Putin and Dmitry Medvedev which, alas, probably only Russians will understand... and only Russians who can speak and read English, for that matter. Punchline: "Leave Dmitry alone: those are much-needed strings." Submitted by: Honest Covers