The first image on the page is for Various - Kickin' Hitler's Butt, followed by the original. Also check out the most recent parody covers submitted to the site. 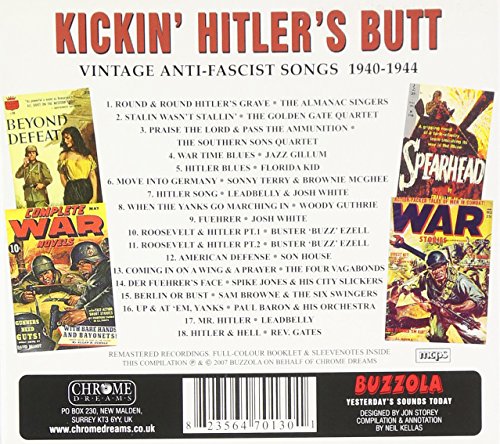 Comments: Everything on this cover was especially common on the covers of the 1950s pulp magazine For Men Only, on which cleavage and Nazis were pretty much obligatory. Submitted by: Honest Covers