The first image on the page is for Van Halen - 1984, followed by the original. Also check out the most recent parody covers submitted to the site. 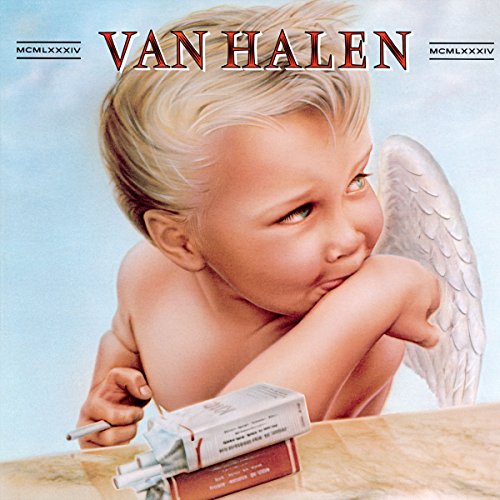 [copied from Wikipedia]
The iconic cover was created by graphic artist Margo Nahas. It was not specifically commissioned; Nahas had been asked to create a cover that featured four chrome women dancing, but declined. Her husband brought her portfolio to the band anyway, and from that material they chose the painting of a putti stealing cigarettes that was ultimately used. The model was Carter Helm, who was the child of one of Nahas' best friends, whom she photographed holding a candy cigarette.
Kid in candy store - May 27, 2016 - Report this comment
Indeed, if you look at the carton carefully, you can see those are King brand cigarettes: available in just about any candy store near you.