The first image on the page is for Shania Twain - Man! I Feel Like A Woman!, followed by the original. Also check out the most recent parody covers submitted to the site. 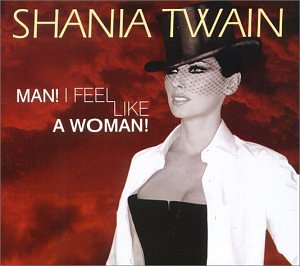 Comments: To go along with the song parody I wrote (under alias Shari'a Twain) a month or two back. Submitted by: Doppelbock

Eye In The Sky - January 13, 2010 - Report this comment
I knew some Muslim women in college and hardly any of them dress in that fashion. I also knew this Israeli girl (she is Jewish) there and one day she wore the "getup". Most times she didn't. It's a regional Middle Eastern thing more than anything (the desert climate there is hot, remember?). Your parody looks nice but I felt I needed to clarify the "Muslim" thing . Most Islamic women in America dress just like the rest of us. Peace.