The first image on the page is for Screeching Weasel - Television City Dream, followed by the original. Also check out the most recent parody covers submitted to the site. 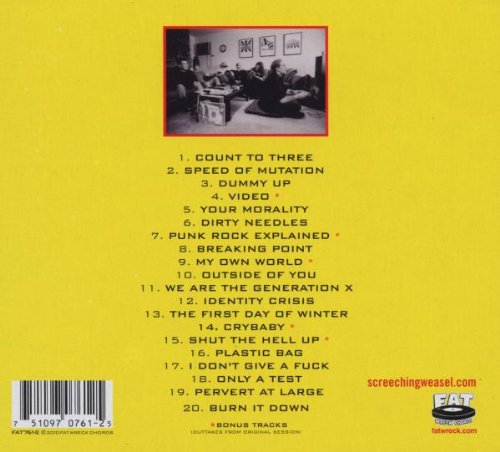 Comments: You've got to admire this much truth in advertising: both the band's name and this album's cover accurately reflect how the music sounds. Submitted by: Honest Covers