The first image on the page is for Saint-Saens - Saint-Saens: Carnival of the Animals / Danse Macabre, followed by the original. Also check out the most recent parody covers submitted to the site. 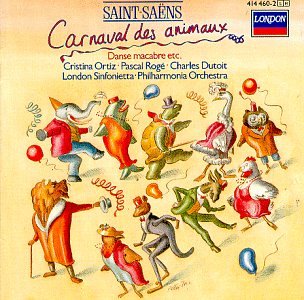 Comments: O.K.- So, I didn't have room to fit all the 2016 GOP clown candidates on the cover. Submitted by: GOP Records