The first image on the page is for Masahiro Ikumi - Perfect Blue: Original Sound Track, followed by the original. Also check out the most recent parody covers submitted to the site. 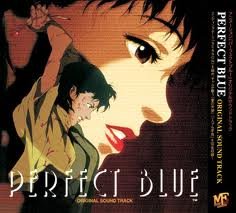 Comments: Despite appearances, it's never clear in this movie whether Mima actually commits any murders herself. What is very clear throughout it, however, is that everyone who does her any wrong is certain to come to a very gruesome end. Submitted by: Honest Covers