The first image on the page is for Mariah Carey - Memoirs Of An Imperfect Angel, followed by the original. Also check out the most recent parody covers submitted to the site. 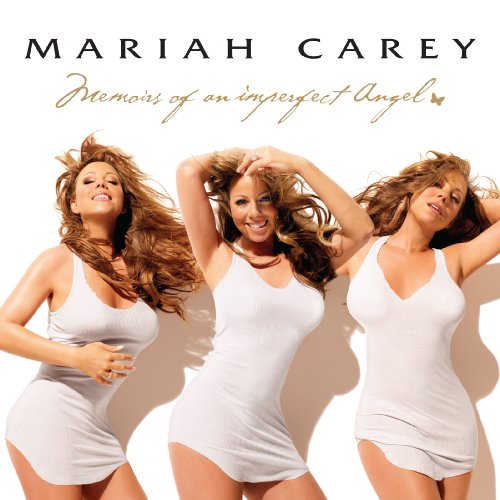 Tone - August 14, 2009 - Report this comment
I don't get it. What's the joke?
Below Average Dave - August 14, 2009 - Report this comment
Look at the pictures Tone. . .they all represent major news stories in her life. This one was cruel. . .but I couldn't help but laugh when I looked closely at that third one. . .It's one of the first "Album Cover Parodies" I actually laughed at.
Adomono - October 02, 2010 - Report this comment
Hey Below Average Dave, What major stories? The only one i can see is the bra on the 3rd one. I think it represents the time she went a (little) off.
2011 - January 25, 2011 - Report this comment
The first one shows change in her music image over the years, starting off with a mature classy look only to turn rainbows and glitter. In other words her breakdown. The second shows her obsession with Eminem and how she channeled him in the video for "Obsessed". And the last one displays her abusive relationship with her first husband.