The first image on the page is for LA Guns - Golden Bullets, followed by the original. Also check out the most recent parody covers submitted to the site. 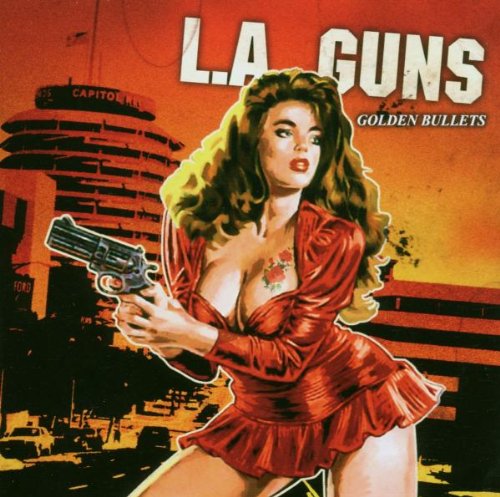 Comments: In a world where hypocrites don't want a buxom scantily clad woman to have the means to defend herself... one very politically incorrect woman with a handgun is showing them all up. Submitted by: Honest Covers