The first image on the page is for John Williams - Star Wars The Force Awakens - Exclusive - (2 Collectible Cards Plus Exclusive Cover), followed by the original. Also check out the most recent parody covers submitted to the site. 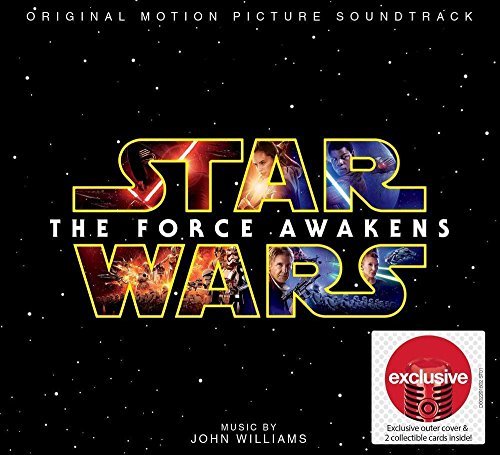 Comments: This movie was released into cultural and socio-economic conditions remarkably similar to those into which the very first Star Wars movie was released, into a market similarly devoid of very many other movies worth watching... with remarkably similar results at the box office. I guess sometimes it pays to recycle a marketing strategy. Submitted by: Honest Covers