The first image on the page is for Ian Dury - Ian Dury Sex & Drugs & Rock & Roll, followed by the original. Also check out the most recent parody covers submitted to the site. 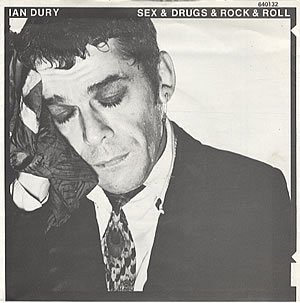 Comments: Not sure if this should be submitted as a commercial album cover instead, but this is the design of my new CD, Sex and Drugs and Rotten Jokes Submitted by: Phil Alexander