The first image on the page is for Esoteric - Too Much Posse, followed by the original. Also check out the most recent parody covers submitted to the site. 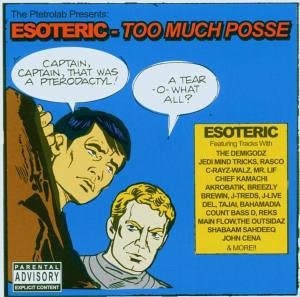 LPG-Unit - October 01, 2007 - Report this comment
You're getting cornier by the day; sorry if I say this but stop being a jerk and do something better, OK? It seems as though some Am I Right visitors are starting to hate you because of this...