The first image on the page is for Dmytro Morykit feat. Francis Wright - Donald Trump does Bohemian Rhapsody, followed by the original. Also check out the most recent parody covers submitted to the site. 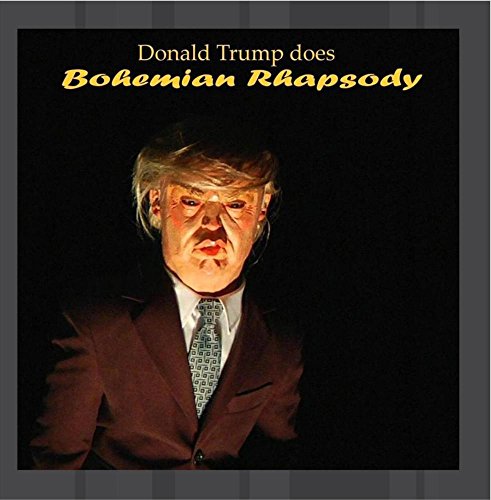 Comments: As with that "Donald Grump" Sesame Street sketch someone dredged up from 2005, you can expect to see more old Trump references making a second appearance on comedy sites around the internet. Here's what I found on Amazon. Submitted by: Honest Covers