The first image on the page is for Cruisin' - Cruisin' 1962, followed by the original. Also check out the most recent parody covers submitted to the site. 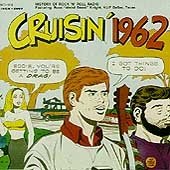 Comments: College-aged protesters' motives during the 1960s were rarely all that noble; and they've only gotten worse since then. Submitted by: Honest Covers