Song Parodies -> "Trekkies in the Bar"

"Whiskey in the Jar"

"Trekkies in the Bar"

"Whiskey in the Jar" has been a traditional Irish song, thought to have been made in the 17th century, although no one really knows its true origin. Later groups have recorded this song and presented it to a larger pop culture, include Thin Lizzy and Metallica. These modern versions tend to have modified the song greatly from the original, changing the names of people and places as well as even removing entire verses. For my parody, I have stuck with more of the traditional song, best exemplified by The Dubliners in the 1960s. I have taken license to swap the last two verses (if you compare their lyrics with mine, you should see the similarities between them as well as note the changed order), but I have also seen how other Irish groups that cover this song also choose the order that I used. I love singing this with an Irish brogue since there is just such a juxtaposition between the old Irish song and the Star Trek universe. Although it is an Irish song, I can just picture Scotty singing this! Also, I know that the spoken line after verse 4 goes against the original pacing, it is such a memorable line from Star Trek that I just need to include it. I had written this song several years ago, and quite frankly forgot about it... that is until the new Star Trek movie came out. I then tried to dig it out so I could share it with my friends at karaoke (and now I'm sharing it with you!)
[Verse 1]
As I was flying over the far planet of Klingon
I met with Captain Kirk and the money he was countin'
I first produced my Tricord'; I then produced my Phaser
Sayin' "Beam that money o'er, for I am your bold deceiver."

[Verse 2]
I counted out his money. It was a pretty penny.
I put it in my spacesuit to show my friend Ferengi
He swore that he doth like me, and never would deceive me
But alas the Federation had a pact with the Ferengi

[Verse 3]
I went up to my quarters, all for to take a slumber
To dream of cloudy worm holes and other galactic wonders
The Ferengi took me charges out of my own Phaser
Called up Captain Kirk to get ready for the slaughter.

[Verse 4]
'Twas early in the morning on the ship where I do work
I was surrounded by red shirt ensigns along with Captain Kirk
I tried to shoot my way out, but I could not use my Phaser
They threw me in the brig with this useless Tricorder
[Spoken in the voice of the Borg: Resistance is Futile]

[Verse 5]
I radioed my brother, the one that's in the army
I know not where he's stationed; perhaps Alpha Centauri
Together we'll go a-warpin' around the galaxy
I'm sure he'd treat me better than that blasted Ferengi!

The address of this page is: http://www.amiright.com/parody/misc/thedubliners0.shtml For help, see the examples of how to link to this page. 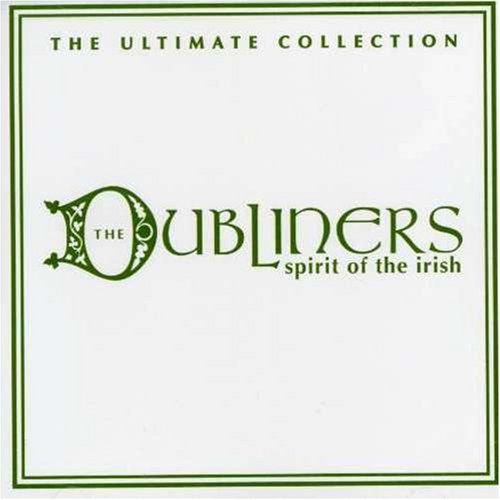 Ultimate Collection: The Spirit of the Irish The Best of the Original Dubliners