Song Parodies -> "Due To Bartman"

This is satire. I have no hatred for Steve Bartman. But some guys do, and they need to be mocked.
Lead:
Yo! Like, have you heard the news?
There's a guy who just made Chicago lose
To the World Series, we'd finally go
It's been a century, if you didn't know
Then in the bleachers, one of the reachers
Wearing a Chicago hat as one of his features
Was the guy who forced the cityfolk to grieve
Last name Bartman, first name Steve
Twas in the eighth, everything was happy face
Had an out, and a guy on second base
They hit a foul that was so easy to get
You didn't watch the news if you don't know yet
The fool shouldn't have tried to get the fly ball
So he's the guy that we're going to eyeball
Now, everybody, if you think you can
Say that all the trouble's due to Bartman

CHORUS
Backup:
Don't you know that we lost due to Bartman
That his name is a disgrace to a Cubs fan
Cause it's all right to rely on a straw man
Everybody says it's all due to Bartman

Lead:
It wasn't long ago, just a couple of days
They led by three, and yeah, we were crazed
Bats were breaking (CORK!), runs scored too,
Cause we had a sixth game win within view
Bernie Mac sang the song at the stretch
Things started slipping, oh, and we retched
When all else fails, nothing else left to do
We'll find out the problems and do a review

CHORUS 2
Backup:
Even after everyone was balking
Luis Castillo easily was walking
And if that wasn't quite enough to flounder
Shortstop Gonzalez went and missed a grounder
Wild pitches couldn't help them save face
And Sammy Sosa threw it to the wrong base
8 to 3, now, don't that make you queasy

Lead:
Blame it on that Bartman guy, 'cause it's easy!

Lead:
Now I'm in the car slowly heading back home
Till my wife starts blabbing that I shouldn't moan
I know if she was yelling she'd get carried away
But I'm a simple man, so I'm okay
The Marlins advancing, it seems really wrong
Maybe they will lose when the Yanks come along
The wife, she likes them, she's their number one fan
Why not Jeffrey Meier rather than the Bartman?

The address of this page is: http://www.amiright.com/parody/90s/thesimpsons0.shtml For help, see the examples of how to link to this page. The Simpsons: Songs In The Key Of Springfield - Original Music From The Television Series [Blisterpack] The Simpsons: Songs In The Key Of Springfield - Original Music From The Television Series Go Simpsonic With The Simpsons: Original Music From The Television Series 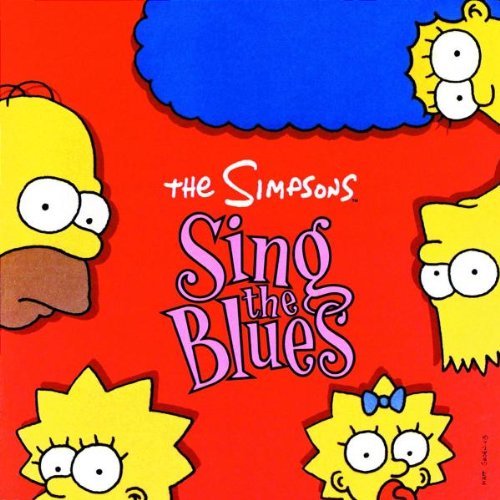 The Simpsons Sing The Blues The Simpsons: The Yellow Album