If "Weird Al" Yankovic or Michael Jackson gets a chance to see the lyrics to this song, That would definantly make my day. And to actually meet either one of them or both of them, would leave me to die as a happy teenager.
Introduction Verse
Why didn't "Weird Al" use this entire song?
He did real well although it was of the Flintstones
I think I will give it a try & do the entire thing
I won't switch it up because this parody I must sing
v1: Now growing up listening to Michael Jackson
I Started at 13 and now I am dancing
So far I have learned every dance step to "Thriller"
I even wrote a rap for that son and man it is killer
c1:Michael has inspired me
Cause now I can dane
I wanna learn even more
I'll practice every chance
Maybe "Smooth Criminal"
I don't even know
I'll watch all the short films
or music videos yeah
yeah yeah
v2:Another inspiration is a man they call "Weird Al"
I like what he does, I think i'll give it a try now
I hope I'll get to work with "Weird Al" and Michael Jackson
If I only get to meet them, that would still be fun
c2:"Weird Al" has inspired me
To write a parody
I did and I couldn't stop
and now look at me
I think I'm doing pretty well
For a be-ginner
I hope that I'll be just like them
some kind of winner
yeah yeah yeah
("Weird Al" and Michael Jackson)
(I Hope I Get To Meet Them)
((They Rock!))
All:My Inspiration
Is "Weird Al" and MJ
I hope I'll get to see
those two guys someday
Will they even like me,
for my parodies?
I hope that they do
Cause I've made it this far yeah yeah
("Weird Al" and Michael Jackson)
(Will you even Know who I am?)
((That's all I say))
If anyone knows how I will get to meet or work with "Weird Al" and/or Michael Jackson, could you send me an e-mail to bowwowwanted15@yahoo.com I live in Monroe, NC but These guys have really inspired me to do what I do. Look for more title By Mr.Karaoke a.k.a. Chris Helms. Also be on the look out for new Broadway parodies in the near future by Broadway Beats, which is me and an ensemble of random chosen people by me. I Have written one Broadway parody already to the dentists song in "Little Shop of Horrors" which will feature one of my closest friends, Jessica BeLue. Keep on the look out for it. And if there is a possible way for me to have some recording sessions, That would be nice to. Mr. Karaoke featured my cousin, Stephanie Fowler, but she has a job now that has no set schedule so it's hard for me to get around to having practices for our music. So I guess what I'm saying here is that I need some back-up singers for my posted parodies here. Thank You for reading this.
Previous Parody Added to the Site | Next Parody Added to the Site

The address of this page is: http://www.amiright.com/parody/90s/redhotchillipeppers5.shtml For help, see the examples of how to link to this page. 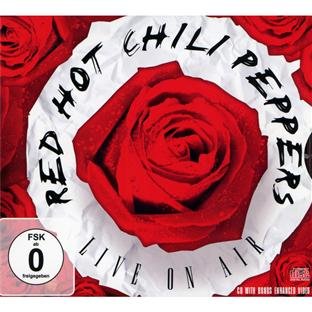