This is another song I thought up years ago about a kid I went to school with.
You might stink like dog crap
but you're fat, as a cow.
You claim you bathe, everyday.
But frankly, I can't see how.

Oh I think, that you're vile.
Please stand somewhere else for a while.
Oh, you might stink like garbage,
man, you know it's true.
Everyone else, plugs their nose.
I'll just say P-U!

You might think you're sanitary.
But I know that you wreak.
If I saw you at the movies...
I'd have to change my seat.

Oh, I think that you're vile.
You smell like a rotting pile.
You might stink like cabbage,
or a monkey, in the zoo.
Everyone else plugs their nose.
I just say P-U!

Now you scrub your loins, till the smell dies down....
You keep on, going.

Oh, I think, that you're vile
For cologne you must use bile.
Well, you might stink like sewage.
Man, you know it's true.
everyone else, plugs their nose,
I just say P-U!!!!

The address of this page is: http://www.amiright.com/parody/80s/thecars9.shtml For help, see the examples of how to link to this page. 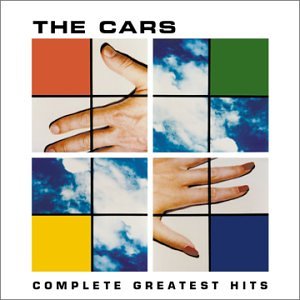