"Playing for Nothing: Division III Athletics"

Ever noticed that alone among the NCAA's three divisions (counting football subdivisions I-A and I-AA as one division), Division III does not have any scholarships? This song is dedicated to all D-III athletes who are forced to pay out of pocket to play (instead of getting paid to play with a scholarship as at most D-I/D-II schools, excluding the non-scholarship Ivy League). The OS is the title track from Maggie B's debut album from 1987. By the way, Maggie B's alma mater, James Madison, has a scholarship-granting athletic program as a member of the D-I Colonial Athletic Association.
Stanza I.
You who play for nothing but honour
When you step onto the field,
Giving it all, though the costs don't seem real,
May you hear the words I'm singing
Though in your hearts, there's no hope.
Your college debt has now made it tort'rous to cope.

Stanza II.
Those jocks say that D-I
Or even D-II is the choice
For an athlete to turn pro and rejoice.
But how soon can the student-athete go pro
When Johnnies and Tommies do play?
D-III sport can make you content every day.

(Repeat Refrain 3x; last two times a note higher than first time)
If you are a Division III athlete and reading these lyrics, please let me know; I am more than willing to hear your story about why you chose to play for nothing instead of aiming for a scholarship at the D-I or D-II level.
Previous Parody Added to the Site | Next Parody Added to the Site

The address of this page is: http://www.amiright.com/parody/80s/margaretbecker0.shtml For help, see the examples of how to link to this page. 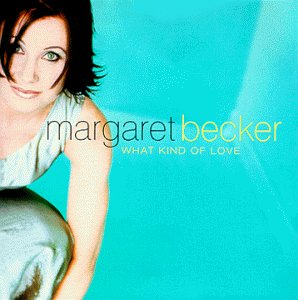 What Kind of Love