"Seasons In the Sun"

I was a big fan of Star Trek The Next Generation. After seven years this is Worf's "big good-bye" song. There is a referenece to the planet Vagra II. This is from the episode "Skin of Evil" in which Lieutenant Tasha Yarr is killed. An episode written by none other than Joseph Stefano of The Outer Limits for any Sci Fi fans out there.
Good-bye Picard, but I must flee!
My time here seems like an eternity
With nothing ventured, nothing gained.
Finally cleared my family name
Feel like a dipsh*t just the same

We've had Troi. We've had fun.
Seven seasons plus re-runs
But the size of Troi's chest
Makes me wish she'd get undressed.

Of real life, we've had none
Seven seasons now all done
But the shows that make me hurl
Are always written by a girl.

Commander Riker can't you see?
This ship's not big enough for you and me.
We both dated Counselor Troi.
But when it comes to female joy
She needs a man and not a boy!

We've had Troi and her buns
Seven seasons plus re-runs.
But it still makes me blue
When I think of Vagra II

Of real life, we've had none
Seven seasons now all done
But the best shows you'll find
Are the ones that deal with time.

Oh Doctor Crusher how I'd dread
Each season your hair's a new shade of red.
Now it's colored like a peach.
You left the Enterprise to teach
Then gave your hair a phaser bleach!

We've had Troi. We've had fun.
Seven Seasons plus re-runs.
But it's true that I did dig
Locking "Q" up in the brig

Of real life, we've had none,
Thanks to Durass and Gowron
But it surely was no bore
Pounding Lursa and Betor!

Geordi LaForge, you get respect
Only from women on the holodeck.
That visor gets to be a drag.
Christie Henshaw was a scag
And Leah Brahams was an old hag!

Me and Troi, we've had fun
Seven seasons plus re-runs,
But I still say it's true
We should've offed the Borg named "Hugh."

The address of this page is: http://www.amiright.com/parody/70s/terryjacks11.shtml For help, see the examples of how to link to this page. 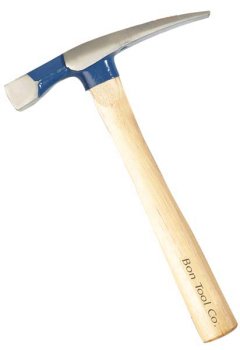