It is said that organized religion gave rise to civilization and allowed it to flourish as an underpinning of society but people at times are too willing to forget what atrocities have been comitted in the name of one or another God. The ascendancy of Islam, The Crusades, the first Inquisition,the fall of Constantinople, the list goes on even now in the present day as Omniciders detonate themselves in the name of Allah Even in this modern age we still have to be on guard against those of draconian mind who refuse to see the future as a means to grow but more along the line of how to grind even more people under their boots. Will humanity ever learn that the law of man transcends any religion and government? Keep your faith close to your hart but let fair governance be for all.
One Tin Icon

(Sung to "One Tin Soldier" by Coven)

Listen, people, to a story
most of what you already know
about two mighty and powerful religions
preaching heaven above and hell below

They both were righteous in their falsehoods
One religion had God and Prophet one
The other had suffered persecution
and said that God...had borne a son!

Go ahead and preach your hatred!
As you do obeisance to your God!
It won't matter if you pray in a Temple
or a Mosque or a Synod!
In a radioactive wasteland
it won't matter who is your slayer!
on the disillusioned day after....
One Tin Icon left for prayer....

So the Fundies in the valley
sent a message from a hill
demanding all submit to Allah
or omniciders soon would kill!

While other Muslims joined the violent
the secular Christians shook their heads...
Only government without God is useful...
If you start a war, we'll see you dead!

The Islamists they now cried out "Jihad!"
with metal horses and nuclear swords!
As Muslims and Christians killed each other
both sides gained their just reward.

In a poisoned, lethal wasteland
beneath a rock not turned to slag...
was written a rather banal message...
"Organized Religion....is such a drag!"

Go ahead and preach your hatred!
As you do obeisance to your God!
It won't matter if you pray in a Temple
or a Mosque or a Synod!
In a radioactive wasteland
it won't matter who are the players...
on a pointless morning after....
One Tin Icon left for prayer....

Use a little common sense here!
Separate your government from God!
Is it worth the price of fabled heaven
as bloody fertilizer in the sod!
Listen to the voice of reason!
said the dying soothsayer...
or on a poisoned morning after....
One Tin Icon left for prayer....

(The sound of a radioactive wind over the flute and drums)

The address of this page is: http://www.amiright.com/parody/70s/coven6.shtml For help, see the examples of how to link to this page. 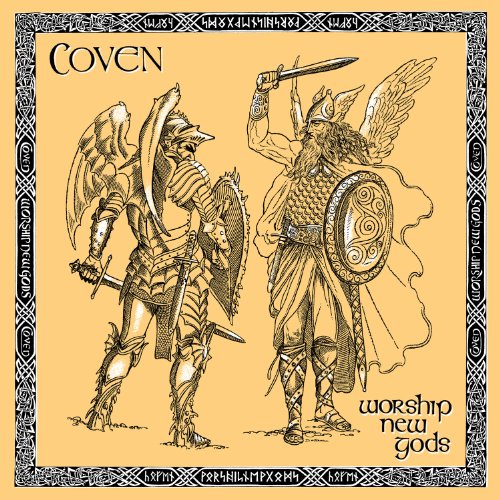 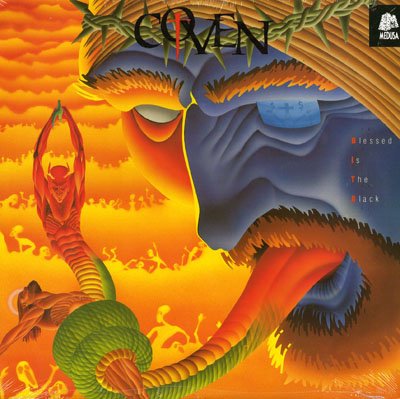 Blessed Is the Black 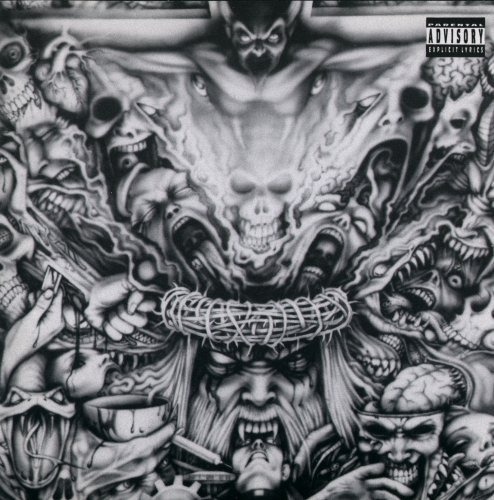