Nazism back in Germany. No surprise to me...
Party boys still absurd?
History repeats, when will they learn
It's coming back, it's going down

Taking hold of fear and strife, safe again to open your eyes
"Er is Wieder Da" a delight, curiosity will kill the cat twice
Help us, we're holding on for dear life, Red House Report got it all right
Time again to extinguish the light, Nazi cause still has some life
Europe's Far-Right excites

Germany, it's a mess
Millions of un-vetted immigrants
Here comes the shame, Merkel's to blame

In the streets, the '30s shouts

But it should be no surprise, rules were written by Allies
Somehow Nazism did survive, Bundeswehr KSK Thule Sword high
Help us, we're holding on for dear life, is it best being so-called de-nazified?
Expected that we'll never fight, 'cause German war
is never justified?
That's not right... true Germans live to fight!

Live to fight
Hitler's back in the spotlight
Germans must decide what's a crime
Their rightful side
All Leftists pushed aside
Hitler's back in the spotlight
The German Adler fuels German pride
Oh, it's the return of the Right
Might makes right
An eerie sight...
Security Code, no joking, is HJ6
Previous Parody Added to the Site | Next Parody Added to the Site

The address of this page is: http://www.amiright.com/parody/2010s/sia4.shtml For help, see the examples of how to link to this page. 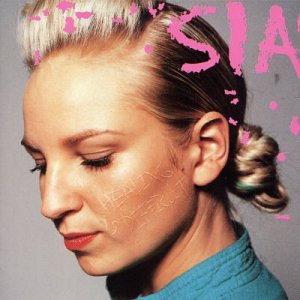