'Ahem'
I read the other day that Kirk was mad because his girlfriend was talking to her ex when she found out that he cheat on her with his ex that ruined his life by making a post about the time he cheated on her with his old boss now he's single and unemployed and he said his life is a complete disaster and I DON'T REALLY CARE!

Sally made a post about taking a video of her rear
Which she does every time she feels alone and I DON'T REALLY CARE!

And Sam replied that he's there for her and she can come over to dry her tears
He's probably planning to mess with her and I DON'T REALLY CARE!

HEY! YOU! WHAT DO YOU SAY?
SOMETHING NEGATIVE ABOUT MY LIFE?
Your digital confessions of the anger are obsession
The lack of your discretion leads to my increased agression

I just wanna punch you in the Face... book that is!

Madface emoticon!
I'm rebooting my social life and you don't belong
YOU'RE GONE!
No more attention for the things that dont matter
We're apathetic toward your blubbering blather

Chris just made a post proclaiming he hasn't eaten since noon today some chicken and fries sound really good and I DON'T REALLY CARE!
And Lars replied: "Dude just ask if you want me to get you something" thats when Johnny said "You shouldnt eat beef"
And I think i'm gonna have to
Block you spam, block your post (x3)
I don't really care shut up

Madface emoticon!
I formatted my social life and you don't belong
YOU'RE GONE!
No more attention for the things that dont matter
I'm apathetic toward your blah, blah, blah talk!

All that I ever wanted
Was to reach out for my friends
Instead i'm drowning in a sea of anger, stressors, moaning, and com-
plaining about the weather (BLOCK!)
Fighting with your girlfriend (BLOCK!)
Writing about the government (BLOCK!)
Hitting on a girl (BLOCK!)
I love my parents (BLOCK!)
I lost my wallet (BLOCK!)
I'm totally p***ed (BLOCK!)
I feel s- (BLOCK!)
I! (BLOCK!)
But! (BLOCK!)
Please! (BLOCK!)

Aww, did I hurt your feelings? Oh well, I guess i'll never know!

Sadface emoticon!
I'm rebooting my social life and you don't belong
YOU'RE GONE!
No more attention for the shit that dont matter
I'm apathetic toward your blubbering blather

Madface emoticon!
I've put up with the anger flow for way too long
YOU'RE GONE!
I'll put away with all the Jerry Springer
By clicking delete using my index finger
(CLICK)

The address of this page is: http://www.amiright.com/parody/2010s/psychostick0.shtml For help, see the examples of how to link to this page. 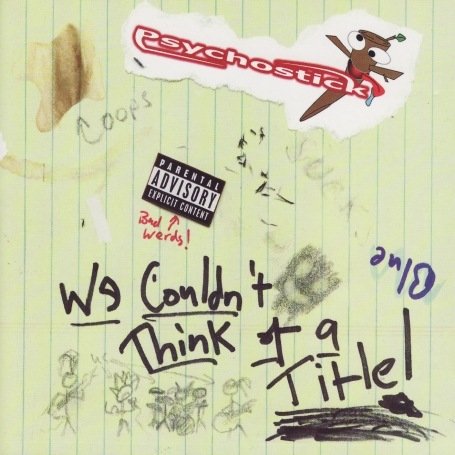 We Couldn't Think of a Title