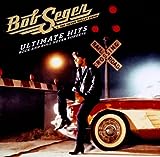 There are more Bob Seger And The Silver Bullet Band misheard lyrics available.