"Charting #1 in France and #58 in the US at age 4"
His song "Dur dur d'etre bebe" ("It's tough to be a baby") peaked at #1 in France and #58 in the US, when Jordy was only four years old back in 1992, making him the youngest #1 in any country and youngest person to chart on the Billboard Hot 100. After fear he was being exploited, he was banned from the radio. After being banned in 1996, he never made a public appearance for ten years when he appeared on a French reality show in 2006.
Submitted by: JeReMy 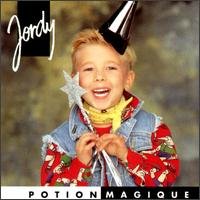