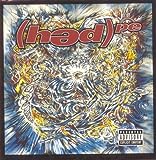 (hed) P.E. album at Amazon.com
(hed) P.E.'s, "Crazy Legs"
The dated Lyrics:
And we know who's gonna get their props in 2001.
2012 Come, watch me sing the new millenium.
Why They're dated:
They must have to change the lyrics everytime they sing the song.
Submitted by: wadded beef