I see you wobble close, no way that I'd be with ya
Could blame the alcohol, maybe your dickbag nature
No, I ain't tryna tease ya (nay, nay, nay)
I just wanna leave ya ('kay, 'kay, 'kay)
'Cause you're a total sleazer (lame, lame, lame)

And so you're not gonna get this girl
Cause I don't want it
May think I want it
Like hell I want it
Not a dumb girl
Don't care if you ask me
What drink I'm havin'
Cause the simple fact is
You're spoutin' slurred lies
I never wanted
Your right hand wand'rin'
Down to my buttock
You're in your own world
Where you're so fancy
All the girls get skanky
Stop grabbin' my ass, please
(Hands offa my butt)

I'm not your type, I'm not a dumb girl
No girl would want it
The way you sell it
A drunken twazzock
Will get no girls
No pick-up line master
You're way too plastered
I can't get away faster
(You're sleazy as crud)
Still spewin' slurred lines (they're all lies)
'Bout how I want it (that is a lie)
You say I'm flauntin' (your reason why?)
Cleavage is showin'
Still in your own world
You're just so tacky (Not goin' home with)
Quote Robin Thicke at me (Me, bro, 'cause you're not)
That ain't helpin', pally (Charmin', as much as you would think)

I won't drink with you
Cause all you care about is my ass, dude
You see, your lines are crude, I see straight through
You when you say shit like you're not a drunk dude
So many things that you assume
Like why I came here, it was only for a drink or two
And as for why I didn't dress "casual"
Maybe this outfit is comfortable
And even so, I don't "deserve" guys
Hittin' on me 'cause you see my thighs
Not an "animal", why would you think that, dude?
So hands off my ass, don't buy me any booze (screw that)
Who knows what you put in that drink
"It's rude to assume"? Well, look who's talkin'
Not ev'ry woman would accept your pimpin'
You're no "nice guy", I say "fuck off", you claim misandry

Now you whine, too loud, shut up-a
Not a bitch, you turd, just a girl
Who don't like your words
Hey-eh-eh-eh-ee-yeah-eh-eh-eh--eh-eh-eh-eh-hey
(Callin' me a slut)

I hope that I'm not the first girl
(Not the only one)
Who dare respondin'
To your bad mackin'
By sayin' "shove it"
I'd hope more girls
Would recognise crappy
Pick-up lines, maybe
What did you say, pally
This ain't the first time?
(You've been told "shut up")
I'm your last option
In this bar, awesome
There's your proof, moron
That nearly all girls
Aren't up for shaggin'
From any old twazzock
You can get lost, pally

It is a shame that this song and not "Get Lucky" was Pharrell Williams' biggest hit last year. Hopefully "Happy" this year will rectify that. Also, holy crap, one parody left until the main part of the"Living The Fantasy" self-challenge is done! Then after I've done that and the next Artistry 2: Artistry Harder entry, it'll be time for my 500TH PARODY, Y'ALL!
Previous Parody Added to the Site | Next Parody Added to the Site

The address of this page is: http://www.amiright.com/parody/2010s/robinthicke0.shtml For help, see the examples of how to link to this page. 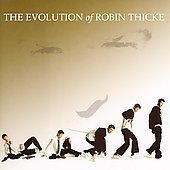