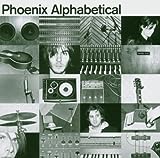 Alphabetical album at Amazon.com
Phoenix's, "Long Distance Call"
The Misheard Lyrics:
Long time, no see!
Long time, ¡no sé!
The Real Lyrics:
Long time, no see
Long time, no say!
The Story: As I am taking Spanish courses right now, I thought that the singer was speaking Spanish, since both Spanish and French are romance languages (Phoenix is a French band) and they border each other. The pronunciation is the same in both English and Spanish (sé is pronounced 'say'), but it alters the meaning. In Spanish, "no sé" means "I don't know", so I thought that lyric was basically saying, "I haven't seen in a while, and I don't know why," in a 'we used to be good friends' fashion. Rather than what he does say, which sounds more like surprise: "You don't say. It's been a long time." - Submitted by: JC Foster