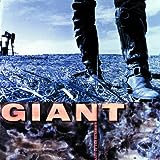 Last of the Runaways album at Amazon.com
Giant's, "I'll See You in My Dreams"
The Misheard Lyrics:
I'll see you in morning.
The Real Lyrics:
I'll see you in my dreams.
The Story: It's impossible if it sung as "in morning" and refer it as a "morning song" because of this suggestion, but I know this suggestion when I dream about the singer see his friends in his dream and sing it as "in morning". About this song: They wrote my favorite slow rock power ballad for breaking the new wave records, modern young records, and alternative records, that happened at the time. Unfortunately, the follow-up singles after this single are failed to chart as well and received little or no airplay after the success of Grunge music. But, this single was a greatest hit with peaking at #20 on Billboard's Pop Chart. Make them sole greatest hit to date and the only song that reaching Top 20 on this chart. Congrats for you! - Submitted by: Wisnu Aji