The first image on the page is for WEIRD AL YANKOVIC - Off the Deep End, followed by the original. Also check out the most recent parody covers submitted to the site. 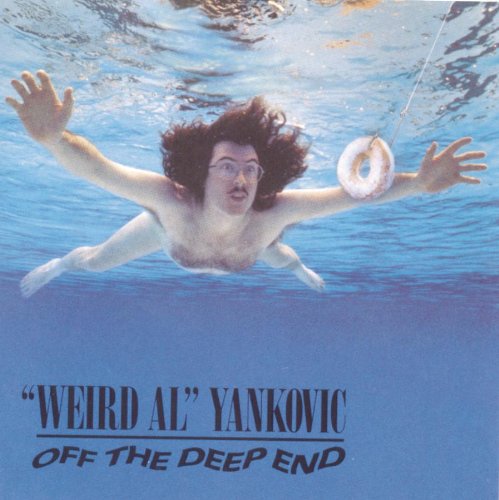 Comments: Yes, it's another parody of a parody... by a parodist. Submitted by: Honest Covers

Parodysfuntion - December 28, 2015 - Report this comment
Wow, brilliant parody! The substitution of "Weird Al" Yankovic in place of the baby is inspired, and replacing the dollar bill with a donut is just plain hilarious. High marks.