The first image on the page is for We Are Scientists - Crap Attack, followed by the original. Also check out the most recent parody covers submitted to the site. 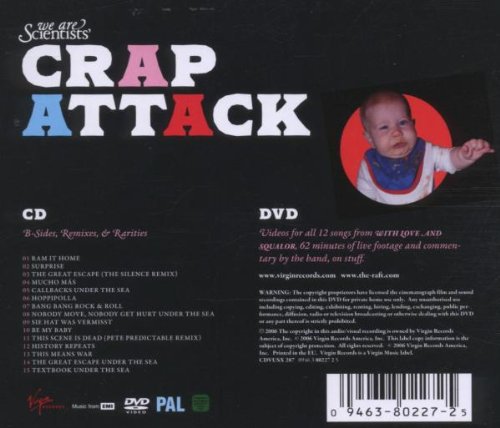 Comments: It's called a crap sandwich, kid. They've been on the menu since 2009. Submitted by: Honest Covers