The first image on the page is for They Might Be Giants - Apollo 18, followed by the original. Also check out the most recent parody covers submitted to the site. 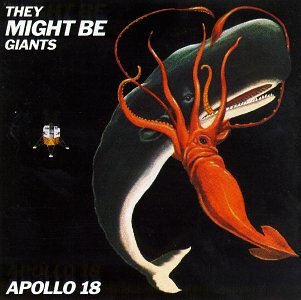 Comments: I think this is the same space squid that showed up in the music video for "I Believe In A Thing Called Love" by The Darkness. Submitted by: Honest Covers