The first image on the page is for Rockapella - Smilin', followed by the original. Also check out the most recent parody covers submitted to the site. 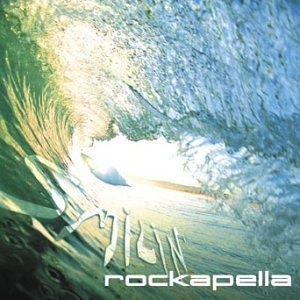 Comments: I wanted to feature Aka Pella from "Histeria!" in a parody of a Rockapella album (for obvious reasons), and this particular album gave me a good idea how to do that. (In case you're wondering, she's placed in sideways because she's surfing on that wave.) Submitted by: NintendoMax