The first image on the page is for The Louvin Brothers - Satan Is Real, followed by the original. Also check out the most recent parody covers submitted to the site. 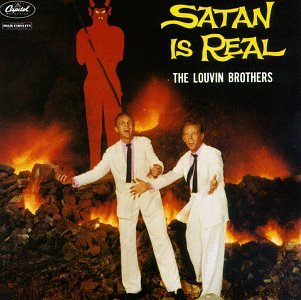 Comments: Gad, I had one entitled "Farts On Palm" by I'm A Ho (parody of Idaho's "Hearts Of Palm") [Featuring a certain Senator] but the pic wouldn't take sooooooooo Submitted by: Tor Hershman