The first image on the page is for Led Zeppelin - Led Zeppelin IV (aka ZOSO), followed by the original. Also check out the most recent parody covers submitted to the site. 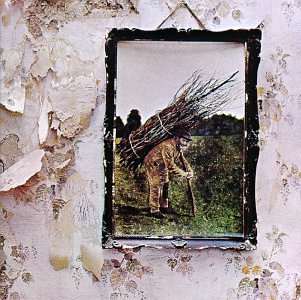 Comments: The ** It's Man ** from Monty Python. Submitted by: John Coxe

pickle - July 14, 2011 - Report this comment
Was The Battle Of Evermore the It man coming out of the sea?