The first image on the page is for Grim Reaper - See You in Hell [Explicit], followed by the original. Also check out the most recent parody covers submitted to the site. 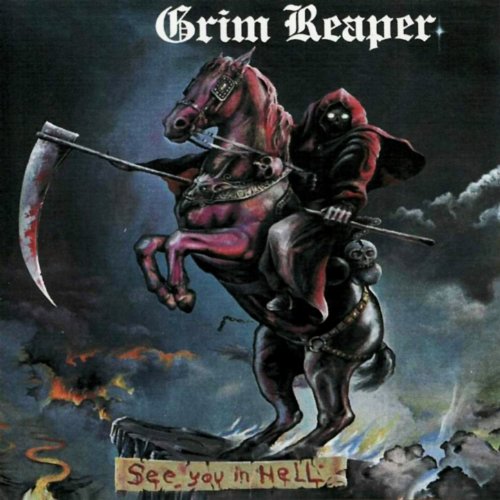 Comments: Actually, isn't War the guy who rides the red horse? Anyway, Death has an appointment with everyone who lives; and delay it as you may, you will never ultimately be allowed to miss it. Submitted by: Honest Covers