The first image on the page is for Give 'em the Boot - Give Em the Boot, followed by the original. Also check out the most recent parody covers submitted to the site. 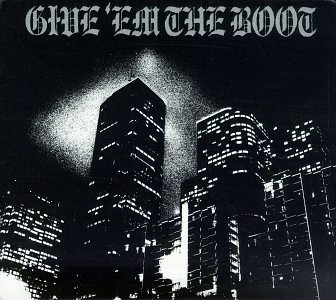 Comments: This album came out 4 years before the events of 9/11, and has absolutely nothing to do with it. Those aren't even the World Trade Center towers on the cover; but the troofers aren't about to let little details like that stand in the way of integrating this cover's "predictive" powers into their conspiracy theories. Submitted by: Honest Covers