The first image on the page is for Gideon Kremer - Vivaldi: The Four Seasons, followed by the original. Also check out the most recent parody covers submitted to the site. 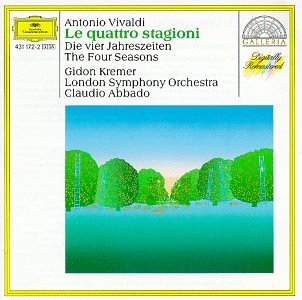 Comments: A hamburger has seasonings, doesn't it? Submitted by: Christy McDaniel