The day before the Purdue University 49th annual Grand Prix race, a story in the Exponent appeared that said "Drinking overshadows Grand Prix festivies". And I was like, NO! This is what I've been thinking for years, and now it shows up? So then I said I had to write a parody explaining the truth. This song is about what most Purdue students do on Grand Prix Weekend (most, not ALL) and how they forget that there's a race going on and get wasted instead. Be smart, not stupid...or just be sober.
Baby, baby, it looks like you're gonna fail
Baby, baby, it looks like you're gonna fail
You shouldn't take the wheel, because you got drunk, drive and fail

Jack and Jill run toward the track down the hill
Case of beers in both hands, wine and whiskey for the fill
You know what I think? They're gonna get drunk, drive and fail

The address of this page is: http://www.amiright.com/parody/90s/briansetzer0.shtml For help, see the examples of how to link to this page. 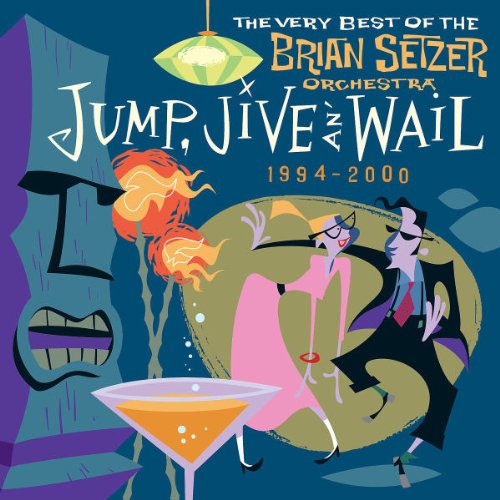 Jump, Jive an' Wail - The Very Best of the Brian Setzer Orchestra