Gently poking fun at the big hair band era, even though some of the people in this song don't necessarily fit the stereotypic mold, it's more or less mocking the era.
They played you Cinderella,
Along with R-A-Double T...
In hopes you'd like Ted Nugent
And the Damn Yankees...

You joined Bret Michaels fan club,
And you stalked Tommy Lee,
You sang along with Whitesnake
And Jon Bon Jovi...

And all this time their hair's been growin...
They don't play those venues no mo-o-o-o-re...

You know I used to listen,
To all those big hair bands,
Van Halen and Bad English,
I was their biggest fans...
But then one day it happened,
Twisted Sister left the charts,
Replaced by women rockers,
Pat Benatar and Heart...

If you want Megadeth,
I got Megadeth,
Play it loud,
Like you're in the crowd...
If you want a man,
Who can play like those bands,
You don't have to look very far....

Elizabeth - November 01, 2003 - Report this comment
I think it is so rude that you all are doing this and someday i will get you for this!!!!!!!!!!!!!!!!! please stop making fun of these songs cause im sure you people cant tdo any better...so please stop now......
Rick D - November 01, 2003 - Report this comment
Actually, Elizabeth, many of us can. It's a fun diversion for creative minds. Brahms used to "write silly fugues" in the style of Bach before getting down to his serious compositions. The way you can "get us" is to beat us at our own game. Feel free to submit something expressing your strong feelings. Then we can leave comments for you.
Know 1 can hear you dream - November 02, 2003 - Report this comment
Must have missed this the first time around. Quite a namedrop 80s thingie I can relate to.
Jeff Reuben - November 04, 2003 - Report this comment
Silly comment, Trix are for kids. I love many of these bands, and I get a kick out of seeing them parodied.
Mike (Mike Armstrong) - November 05, 2003 - Report this comment
It always makes me smile to see any comments on my songs, positive or negative - I'm sorry that you feel parodies aren't creative, Elizabeth, but unfortunately, your negativity won't stop me from continuing to do them. I suggest finding some parodies on the site that you do agree with, and then maybe you can get the same "kick" out of writing them that most of us here possess.
Lauwaren - October 13, 2004 - Report this comment
Wow!!! That was really somethin. I myself thought it was very HILARIOUS! So Elizabeth shut up ok . You are just jealous u can't be this good and that u wanna be like them. Right now you r probably tryin to write something better. but guess what!! YOU CAN'T!!!If it's ok i want this to be my Single for my Album in Germany. Where i live.

The address of this page is: http://www.amiright.com/parody/90s/all4one1.shtml For help, see the examples of how to link to this page. 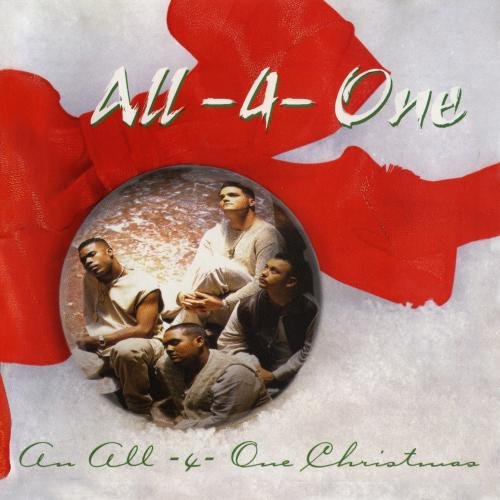 And the Music Speaks