More about the "mystery" chopper blown-up in Abbottabad...
When DARPA requested a new stealth helicopter,
they turned to the Lockheed Skunk Works for that one of a kind chopper
It was to be of composite construction, faceted, low RCS, with IR dampening paint and an angular constructed tail rotor for starters
Cost tens of millions to the tax-payer, but Lockheed didn’t waste a single dollar
Now add quiet Eurocopter Blue Edge rotor blades, passive systems all integrated, a new stabilizer,
dampening main rotor head, and to top it all off- a noise reduction 5-blade tail rotor
Dubbed the “Silent Hawk” Lockheed worked on it day and night in a sealed-off hangar And everything would move forward when they installed the new silent motors
The SFs loved it straight away and couldn’t wait to get it in the air
the faired-over linkage one could… barely… even hear
Then one fateful day the chopper was in need
SEAL Team Six on a mission to Pakistan from a US aircraft carrier
79 troops carried by four helos to wage anti-terrorist warfare
In their midst, the “Silent Hawk” was there
Crossing borders with the Sentinels actively jamming radars
the target was Abbottabad where Osama had his lair
They were proud to fly in the Lockheed stealth helicopter
But the landing was rough, and the fighting was tough
Hit the compound wall with the tail rotor…
The SEALs just couldn’t leave the chopper intact
So they blew it up as they mounted their attack
They killed Osama and came back home again
Not much left of the chopper. but the tilted tail rotor
The last remnant of a Lockheed stealth helicopter

Mark Scotti - May 06, 2011 - Report this comment
Great Story!
Rob Arndt - May 06, 2011 - Report this comment
I don't know if the song is supposed to be arranged that way, but that's the format I found online and so I had to try to write my parody that way... but I think the pacing is way off. I can't remember how Loretta Lynn sang the song either, but thanks for liking the fabricated story. I'm into military Tech, so judging by the preliminary hypo-designs based on the captured tail rotor and artist speculation mixed with knowledge of what is available, I came up with a Lockheed fable; however, this chopper could also have been built by Boeing or Sikorsky. Eurocopter also has a different type of stealth helo but involves the Blue Edge quiet rotor blades, not building an entire stealth fuselage with dampeners all over the place and anti-IR systems...
Wild Child JIN - May 06, 2011 - Report this comment
Great Parody Robert! But yes, the lines are kinda lengthly, when I get lyrics online, I go to various places, and compare the difference in sentence structure, to see which would be the best, but if I happen to have the sheet music, it helps me determine that a lot easier, But again excellent job with this, a little long in structure, but that's O.K. I still think it's worth three 5's anyway! :-)
Rob Arndt - May 06, 2011 - Report this comment
I found a site that had the correct format and I realize that my pacing is all wrong on this one. So Version Two will be up tomorrow fully corrected, but with a little less technical info. I think I will keep both versions up...
Rob Arndt - May 06, 2011 - Report this comment
Note that "Quiet Aircraft" were deployed by the US Army in Vietnam: Lockheed QT-2 / Q-Star / YO-3A The mystery chopper is using dampeners to quiet the main rotor and tail rotor while the helo is covered in an IR dampening paint. Some suggest it is also somewhat faceted like the F-117 to deflect radar waves but others say that regardless, Sentinel UAVs were deployed to jam Paki radar the entire mission. My guess is this is a special limited production Special Ops helo and not really just a spin-off of the cancelled Comanche...
Kurt Olney - May 17, 2011 - Report this comment
I was YO-3A Crew Chief Vietnam 70-71. About this time the Army made a helicopter super quiet--LOH "Quiet One" Like the lyrics....

The address of this page is: http://www.amiright.com/parody/70s/lorettalynn0.shtml For help, see the examples of how to link to this page. 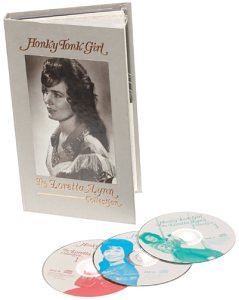